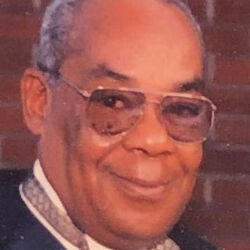 Oswald Apollon,  born on July 18th, 1938 in Aquin, Haiti to Joseph and Rose Piverge, was one of  eight children.  At the young age of 12, Oswald started taking a fond interest in engineering.   By the age 21, he became a general mechanic and specialized in machinery and car repairs. He used his trade to support his family and those in his community by repairing various machinery, such as coffee and lemon factory machines, and motor vehicles ranging from boats to bicycles and cars. Through his work and community ties, he became known as Mr. B or Tonton B.

On October 19,1968,he married Mona Mondesir and moved to Miragoane, Haiti. There they would spend several years traveling and building the foundation of their family. Mr. B and Mona would raise  seven beautiful children — Neslie,Oswald Jr., Sabine, Sandra, Stanley, Sarytha, and Pascal. From them grew twelve grandchildren. For Mr. B, building for his family was his first priority which led him to leave Haiti and immigrant to the United States in pursuit of a better life. He traveled back and forth from NY to Haiti, to ensure his family was well taken care of while he built them a new life in the states. By 1987, he would move his wife and first three of his children to NY. His core values regarding family, his pursuit of a better life, and influence on those around him allowed for a community of people to gather around him in support, friendship, and love.

In 1991, Oswald suffered from a work injury, drastically altering the rest of his life, requiring daily care from his wife and children. In 1997, Oswald and his family made the move out of New York City into Baldwin, where some of the family is still residing. There, they were able to expand the presence of the family, bringing the remaining three children into the U.S by 2001. As Oswald’s family and friends say goodbye, they remember his sense of family, community, and willingness to provide. His teachings throughout the years impacted many lives — a man of great character and discipline with an open-door policy for family and friends.

Oswald was preceded in death by his son, Neslie, and sister, madame Jean Claude. Oswald is survived by his wife, six children, 12 grandchildren, several cousins and nieces, and one nephew.


View the LifeTribute for Oswald Apollon