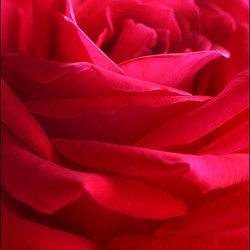 June F. Tinkhauser, a teacher in the Baldwin Union Free School District for thirty years, passed away peacefully at her home in Freeport on Sept. 8, 2018. She was 90.

Born on June 22, 1928, in New York City, she grew up traveling through Czechoslovakia and Germany with her mother until the Red Cross advised them to return to the United States in 1936 during the rise of Adolf Hitler.

Upon earning her English degree from Hunter College in 1950, June initially embarked on an early career in public relations and advertising before she received her Master’s in Education from Hofstra in 1964. In 1966, she was hired in the Baldwin Union Free School District, initially teaching English at the Junior High School. During her first term, she was transferred to Baldwin Senior High School where she remained until her retirement in 1996.

In a career that spanned three decades, Tinkhauser taught primarily junior and senior students. In addition to her teaching duties, she coached the high school’s debate team which won numerous awards at various competitions held throughout Long Island.

In 1987, after being approached by her students interested in learning more about Shakespeare and other notable authors, Tinkhauser successfully lobbied school administrators to allow her to bring Baldwin students to England on what students called “the ultimate field trip.” The inaugural trip of “Tink’s Travelers” was during the winter break in February, 1988. For one week, students traveled throughout London, Stratford-upon-Avon Canterbury, and Bath - all places they had read about in class – witnessing firsthand the environment that inspired so many of the classical authors. The trip was made a total of nine times, allowing more than 100 Baldwin students to travel to Europe, many for the first time.

A resident of Freeport since 1951, she was a staunch defender of the village, often authoring letters to the editor and other opinion published pieces in local publications including the Herald, Newsday, and the New York Times.

Posted by Raquel Lynn on Sep 14th, 2018
Rest in peace, dear Ms. Tinkhauser. I was a student of hers at Baldwin High School. I graduated in 1993. So many fond memories of her. I wish I had the chance to thank her personally as an adult.
Posted by Okocha Family on Sep 14th, 2018
Our thoughts and prayers to her family at this difficult time. May the Lord protect every family member and friend she left behind. Keep the faith.