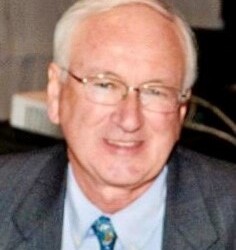 John Anthony Slattery of Rochester, Indiana passed away at 5:45 p.m. on Friday, August 27, 2021 at Courtyard Healthcare Center in Goshen, Indiana at the age of 72.

He was born on Valentine’s Day, February 14, 1949 in Brooklyn, New York.  He was one of three children born to Virginia Patricia (Buckley) Slattery and John Francis Slattery.  John was married to Diane Hurban in May of 1973 and shared 13 years of marriage together before she passed away January of 1987.  He met Kathleen “Kathy” O’Connell and was blessed to be married again on May 6, 1989 at Sacred Heart Catholic Church in Warsaw, Indiana.  They spent the last 32 years sharing their lives, traveling and enjoying their family before he passed away.

John grew up in New York and graduated from St. Francis Preparatory School in New York, New York.  After high school at the young age of 18, John enlisted on September 22, 1967 and proudly served in the U.S. Army.  He served alongside his fellow soldiers for two tours in Vietnam and was honorably discharged as a Sergeant on April 29, 1970.

Upon returning, he continued his studies and received his B.A. from Pace University in New York, NY and he earned his Master’s degree from Fairleigh Dickinson University in New Jersey.  John was also a Certified Public Accountant and received one of the highest scores in New York when he took his CPA exam.  He was always a very intelligent and detail-oriented man and found his niche in the oil and gas field.  He retired as the Chief Financial Officer of the Vertical Group in New Jersey.  Prior to that he held the position of CFO of Orica in Denver, Colorado, as well as at Triumph Oil & Gas in Dallas, Texas.  He worked at Peat Marwick & Mitchell in New York City for many years as well.

One of his favorite past times was hiking, especially the mountains of Colorado which included nine 14,000 foot mountains!  He simply enjoyed nature’s beauty whenever he was able and he supported his love by being a member of the The New Jersey Audubon.  John was always fascinated with birding, he was an excellent cook and loved to entertain.  He collected cookbooks, always looking for new and different recipes. John had an immense knowledge of history and a voracious appetite for reading books of all subjects: from science fiction to the Classics. He was a true Renaissance Man. Most of all he truly enjoyed being with those he loved and spending time with his family.  Over the years he created so many memories with his favorite traveling companion, his wife, Kathy.  He was a loving husband, father, grandfather, brother, uncle and cousin who will be dearly missed and forever loved.

A memorial mass will be celebrated on Friday, September 24, 2021, 10:00 a.m. at Saint Christopher's Church in Baldwin, New York. Burial of ashes will follow at Holy Rood Cemetery in Westbury, New York.

Posted by Kenneth Gurvin on Oct 13th, 2021
John was my friend and hiking/camping buddy ever since we met in the Colorado Mountain Club.
I'll never forget our winter camping trip to Brainard lake. We had so much fun and enjoyed every minute of our winter adventure.
We stayed in touch for many years after he and Kathy left Colorado.
I'm deeply saddened to learn of his passing, but such a kind and gentle man is surely in Heaven with God.
John God bless you and keep you, my friend.
Kathy, my deepest condolences.