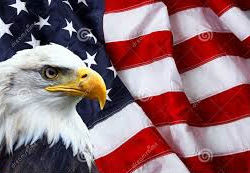 Beloved husband of 45 years, Jimmy, left us after many struggles with health issues. He sensed this might be one he couldn’t win. He leaves behind wife, Roberta, brother Bill (Gert) Dunn, niece Christine Dunn and nephew Bill Dunn Jr. of Downingtown, PAa nd niece Biiie Marie Harger of Las Vegas, NV. After graduating from Bishop Shanahan in 62, Jim came to NY and was hired by TWA in 1969. Except for 3 years in the Army during the Vietnam War, Jim worked for TWA at JFK in many capacities until December 2001 when he continued with American Airlines.

Jim was an excellent athlete in his youth, playing basketball, football and baseball. After tennis and racquetball became too much he continued playing golf with all his TWA buddies. Watching the Rangers and Yankees on TV was mandatory in our house. He even enjoyed watching endless hours of skating with Roberta who coached him so well he could have become a technical expert. In retirement he vowed off traveling and said he would travel when they could beam him in. He spent time reading, golfing, playing word games on the new iPad I gave him last Christmas and offering a warm lap for the kitties when he napped in the recliner. He attended almost every TWA reunion that he could and got together socially with our TWA family at every opportunity.

In spite of all his health problems, he remained upbeat about life. He was kind, funny and smart and grew from the kid from Pennsylvania into a sophisticated gentleman.

He will be sorely missed by everyone. There are no words.

In Lieu of flowers, donations to the Hugs and Kisses Animal Fund, www.hugsandkissesanimalfund.org, would be greatly appreciated.

We are truly sorry for your loss.