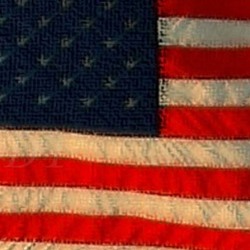 Charles A. Jamison Sr., 84, of Jim Thorpe, PA and formerly of Baldwin, NY passed away on Saturday, June 27, 2015 in his home surrounded by his loving family. He was the husband of Maria (Piccininni) Jamison who passed August 25, 2011. Born in Kinsley, KS March 14, 1931, he was a son to the late John and Lettie Mae (Smith) Jamison. Charles was a veteran of the US Air Force Serving during the Korean Conflict. He was a member of St. Joseph Catholic Church, Jim Thorpe. He was also a Gold lifetime member of American legion post 246, Baldwin. He retired from Nassau County, Long Island New York as a heavy equipment operator. He was the former lead guitarist for the Serenaders. Surviving father of his children Frank, and his wife Marybeth of Jim Thorpe; Charles Jr., and his wife Gail in Baldwin N.Y., John H. and his wife Ingrid in Washington, DC. and Angela Wilk, and her husband Joseph in Nevada; A brother Ross in Oklahoma.  Grand children Theresa, Stephanie, and Jamison Wilk; Dylan, Kelly, Conner, and Steven Jamison. Nancy Jamison .Charles III and Karianne Jamison.  Great granddaughter Faye. Charles was predeceased by a grandson Joseph Wilk Jr. Viewing on Wednesday, July 1 2015, in Fullerton Funeral Home, 769 Merrick Rd., Baldwin, Long Island, N.Y., from 2 until 4 p.m. and again at 7 until 9 p.m. Services will begin at 9:15 am in the funeral home followed by a Mass of Christian Burial in St. Christopher Catholic Church, Baldwin, on Thursday July 2, at 9:45 a.m. Interment will be in Pinelawn Memorial Cemetery, Farmingdale Long Island.