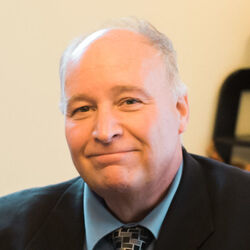 Carl, raised in Baldwin, NY, was a long-time video engineer at NBC for 40 years, working on shows such as David Letterman, Conan O’Brien and the Today Show.  Carl’s love for the camera began in his teenage years creating independent film projects with life-long friend Richard Carter.

In lieu of flowers, please make donations in Carl Henry’s memory to support the American Diabetes Association at www.diabetes.org.

For donations by mail, checks should be sent to:

Posted by Paul Scrabo on Jan 25th, 2021
Carl defined friendship and professionalism. I learned so much from him. How to behave. How to laugh. So fortunate to work with him.
Posted by Phoebe Badeer on Jan 25th, 2021
I am so sorry Carl passed away! I am Shari's cousin and I got to know Carl through her. Today is a tough day-I'll say a prayer for you.
Posted by Brent Peterson on Jan 26th, 2021
Carl was a true friend. A friend that was kind, generous and always happy and optimistic. I will always remember and treasure our times together. I miss him!