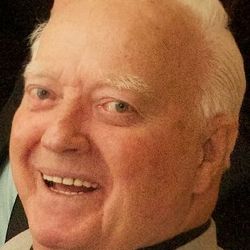 Posted by Bob & Wendy Schuck on Mar 4th, 2015
Our condolences to Bert and the whole Wolff family. Our thoughts and prayers are with you during this difficult time. What a great picture of your Dad on the Fullerton Funeral home website. He looks like a great guy and he reminds me of my Dad who was also a veteran. Your Dad truly was one one "the greatest generation". God bless.
Posted by Charlie Imbriani on Mar 4th, 2015
Bert was a good friend, a good co-worker, a good husband, father and family man. He was a good Catholic, and a good American, who served his country with honor and distinction as attested to by his many military awards and citations. Bert had a great sense of humor and was always a pleasure to be with. He will be missed dearly.

In my thoughts and prayers
Charlie & Larissa Imbriani

Posted by James Hua on Mar 4th, 2015
Dear Janet,
I am so sorry to hear about the passing for your father. please accept my heartfelt condolences. May God's peace be with you.
Love,
James
Posted by fred Hessenthaler on Mar 4th, 2015
I only once had the chance to meet this remarkable man. He leaves behind a wonderful family and friends. I thanks him also for his great sacrifice and service to this country. May you rest in piece knowing that you made a difference in this world.
Posted by Karen Gierie Newman on Mar 5th, 2015
One of God's best. You and Marge showed me what a truly loving family was. Thank you for having included me in so much of it and for being such an important part of my life.
Posted by Pat and Douglas Berardo o on Mar 5th, 2015
Dear Janet and Mrs.Wolf,
it is always a much sadder situation when a Good Person the likes of Mr. Wolf passes away.
As little as we had the opportunity to be with him we were fortunate for the pleasure of having done so.
We will always remember the "Big Lobo"
Love to the both of you,
Pat and Douglas Berardo
Posted by Nick & Barbara Manzella on Mar 5th, 2015
My most sincere & heartfelt condolence to the entire family of Bert Wolff. Bert & Marge will always be remembered by my family as kind & caring people. Bert's smile & humor were contagious. In the late 1950's he & my father recorded themselves singing songs & having a grand time while Marge thought he was out getting Christmas decorations. I owe an emotional debt to both Bert & Marge the I could never repay. They allowed me to become part of their family by becoming Janet's Godfather.

Rest In Peace & May God Love you as much as we do.
Posted by MaryAnne Cregg/Cesarski on Mar 5th, 2015
Dear Marge,
We send our condolences to you and your family. We Will miss him and his great sense of humor. Knowing him was a privilege.
Love MaryAnne and Tony