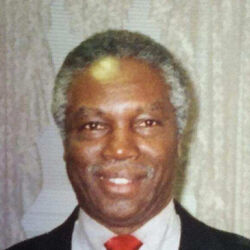 Arnold Bernard Hillian affectionately known as OB, was born in Chesterfield, SC on June 24, 1937 from the union of Albert and Essie Mae Hillian. Arnold attended CrestWood High School in Virginia where he met and later married the late Lorraine Jarvis. From this union five beautiful children were born, Audrey, Arnold Jr, Anthony, Alvin and Alex. He and his family would later relocate to New York where OB pursued a career in bicycle mechanics and later opened his own business, “Arnold’s Bicycles and Trains” which he ran for over 45 years up until 2020. The family became members of First Baptist Church of Sheepshead Bay, N.Y. where he served as a Deacon. OB passed away peacefully on January 25, 2021 in Baldwin, NY after a brief illness. OB was surrounded by his son Arnold Jr, Arnold lll, Alyssa and daughter in law,Helena. There he enjoyed playing scrabble, solving crossword puzzles and watching his favorite Westerns. OB was predeceased by two sons Alex and Anthony Hillian, brothers Lorenzo, Albert Jr, Jeremiah, Willie, Leonard, and, three sisters Maggie Louise, Sarah and Mildred. He is survived by his three children Audrey (Chester), Arnold Jr (Helena), Alvin (Michelle), and four grandchildren William, Arnold III, Alyssa, Chelsea (Bette), daughter in law (Cassie), three brothers Malachi (Mary), Lawrence (Effie), Richard (Sarah), and a host of nieces, nephews, relatives and friends too numerous to mention.

Posted by Audrey on Jan 28th, 2021
Dad, I hope you know how much I love you and I will miss you dearly. ????????
Posted by ORLANDO MCREYNOLDS on Jan 31st, 2021
Our thoughts and prayers are with this wonderful family at this tender time of transition.
Rev. Orlando & Dale McReynolds
Posted by TM on Feb 2nd, 2021
Our deepest condolences to the Hillian family. Keeping you all in Prayer.