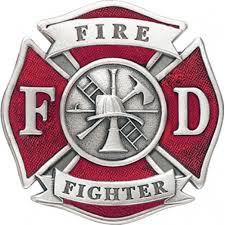 Angelo John Sigillo, 98 and 8 months old, died on February 28, 2017. A resident of the Gables in Guilford, CT, Andy was truly a New Yorker. He was born and raised in his beloved hometown of Baldwin and lived there until he was 92 years old. Born on June 24, 1918 to Saverina and Joseph Sigillo, Andy was a World War I baby and World War II veteran, proudly serving in the 1st and 3rd regiments of the Air Force. His parents, immigrants from Calabria, Italy, moved to Baldwin in the early 1900’s and started a contracting business. They built the house Andy was born in and raised him along with five other siblings who all predeceased him- sisters, Rose, Carmela, Mary, Ann, and brother Espedito (Buddy).

After serving his country, he married his love and soulmate, Rose (LaPorte) Sigillo, who passed away in 1997 after being married for 52 years. They met while Andy was waiting on a street corner in New Haven, CT for a ride to bring him back to base after a furlough. Walking back from saying the rosary, Rose spotted Andy in his uniform and told him that, ‘if she had a car, she would give him a ride’. Their love grew from there and together they raised and unconditionally loved two beautiful daughters, Rene and Marie Elena, their husbands Walter Austin and Dave Martin, and became the proud and adoring grandparents to Kristen, Jim, Nicole, and David. Andy felt enormous joy at becoming a great-grandfather (Mr. G) to Luca, with whom he shared a very special bond.

Andy joined his father in their business, Joseph Sigillo and Son in 1946. They built many of the houses and buildings, sidewalks and foundations that make up Baldwin and its neighboring towns on Long Island. After losing his dad, Andy joined the Baldwin Fire Department Hose 3 in 1951 as a volunteer fireman in thanks for the care they provided his father while he was ill. He remained an active member for over 60 years, was elected Captain in 195, and currently served as Honorary Chief. Even after moving to Connecticut, he looked forward to reading the Hose 3 meeting minutes each month and was completely up to date on all of the news there.

To say that Andy was loved by all who met him is not an exaggeration. His booming voice, charisma and huge personality won over friends, family and most recently, the caring staff and residents at the Gables. There was nothing he loved more than to sit at the head of the table with a huge plate of pasta, and tell story after story to an audience who would listen with rapt attention, amazed by his memory of details of events from long ago, as well as today. He was a storyteller, a cook, a gardener, fireman, builder, but most of all a proud and loving family man who truly loved life. He was a guiding force and role model for all in his family, including his many nephews and nieces, great- nephews and nieces, in-laws, cousins, and friends.

He will be missed every day. Ninety-eight years were not enough to love and learn from him.

Reposing at the Fullerton Funeral Home, Inc., 769 Merrick Road, Baldwin, New York on Friday, March 3, 2017 from 2-4 p.m. and 7-9 p.m. Firematic Service on Friday at 8:00 p.m. Mass of Christian Burial on Saturday, March 4, 2017, 9:45 a.m. at St. Christopher’s Church in Baldwin. Interment to follow at Holy Rood Cemetery in Westbury, new York. In lieu of flowers, donations may be made to                 Target Cancer Foundation (www.targetcancerfoundation.org), a foundation started by his beloved late grandson-in-law, Paul.

Posted by Catherine Cohen on Mar 9th, 2017
Goodbye cousin Andy. I know you and Rose are dancing and celebrating with all the cousins.